Your Choice for Real Estate Services In Middle Tn

Are You Considering Moving From California To Tennessee ?

Perks of Relocating From California To Tennessee!

Yep, you read the title right. If you’re a Californian interested in moving out of state, you should consider heading out east to live in beautiful Tennessee. I made the choice almost 6 years ago, and I am so happy that we did!

Now, the question at the forefront of your mind is probably, “Why Tennessee?”

If you’re unfamiliar, Tennessee is a state located just over 1,800 miles to the east of California. Nashville is the capital, which is known as “Music City” and is the country music capital of the world. Tennessee is also known for the Great Smoky Mountain range and three major rivers, including the Mississippi, that run through it.

Now sure, living in California has its perks, but you may find that living in Tennessee could be even better for both your family and your wallet.

For just a second, imagine a mortgage payment that is less money for much more house. Imagine a commute to work that includes far less bumper-to-bumper traffic. Imagine living in a state with lower taxes, friendly people, gorgeous nature all around, with both big cities and small towns to explore.  Spring Hill Tn is one for that list, and also the city we decided to settle down and purchase our home. If any of that appeals to you, Tennessee may very well be your future home! If you are curious about current Nashville Tn Homes For Sale  Click the link.

Why Move To Tennessee?

There are many benefits to moving to “The Volunteer State.” (Fun fact: this nickname was earned during the War of 1812 where thousands of Tennessee volunteer soldiers played a prominent role in the war.) A few of the benefits to Tennessee-living, and just some of the reasons why we decided to move here include the following:

As a California native born and raised, I can attest personally how expensive it is to live in the Golden State. One of the many reasons that prompted myself and my husband’s move here was the affordable cost of living, especially in comparison to California. The cost of living in Tennessee is significantly cheaper than it is in California.

According to the recent “America’s 10 Most Expensive States to Live in 2019” report done by CNBC; California is listed as the second most expensive state in the United States. Tennessee is usually ranked as one of the most affordable states. Tennessee has low home prices, one of the lowest income tax rates in the nation, and a thriving rapidly growing job market as well. What more could you ask for?

You can often get a large house on a decent amount of land in the Tennessee suburbs for the same price as a small apartment in a major California city.

We are currently in one of the most competitive Seller’s markets we’ve ever experienced. Williamson County, where Franklin and the south end of Brentwood reside, are some of our most sought-after cities in the Greater Nashville area. We have seen an average of 24% appreciation in one year’s span, which is insane for 1 year let alone 20 years. Our median price in Franklin about a year ago was roughly $550k, we are now looking at close to $900k as a median only one year later. I was assisting some folks with a new build in Nolensville earlier this year in the $700k range, the same house is well over $1m now! It’s just crazy.
We still have a great number of people relocating here, I want to say an average of 200 a day, and not near enough inventory for everyone. I receive several calls a day regarding relocation and our market, Builders cannot keep up with the demand, selling out of lots sometimes before even breaking ground. We are seeing the competitiveness being pushed throughout middle TN, so it isn’t just Franklin and surrounding areas. It is not uncommon for a home to receive 10-20+ offers, and sell for 5%-10% or so above list price. Mostly cash buyers, if not cash then our financed folks that are winning these bids with a significant down % and minimal contingencies.
It is very challenging to predict how long this will continue and I can only really speak on my market, however a few things need to happen in order to see a “leveling- out” of this market:
– We need a large influx of inventory, which we are not sure if/when that will happen as a lot of locals don’t want to sell, since they will have to compete in the very same market to purchase.
– Interest rates need to rise significantly. Yes this will make it more expensive to get a loan, but it will help to back off some of the competition and number of buyers. We have heard murmurs of interest rates rising, but we do not know if/when that will happen.
– People/corporations choosing not to move here in such large quantities. We don’t foresee that happening anytime soon!
Are we dealing with “growing pains” and traffic because of the huge influx of people moving here? Yes. A lot of our cities’ infrastructure wasn’t originally built to accommodate the number of people that are now here, and continuing to come here to the Greater Nashville area. We do see work being done on roads and freeways, so that’s a plus. However, it will take some time to build it all out. With so many major companies relocating here from California such as Oracle, Amazon, Facebook and Mitsubishi to name a few
Realtor.com named Franklin Tennessee as one of the top 10 hottest zip codes in the us market at the time of updating this article. Below I have attached our change from November of 2020 to November 2021

Food expenses vary from city to city in each state. However, to get a basic idea, a gallon of milk will run you about $2.70 in Nashville, while the cost of a gallon of milk in Los Angeles is about $3.81. And milk isn’t the only grocery item that will cost you more in California. Almost all food items, including eggs, produce and meats, will be less expensive in Tennessee.

Last but definitely not least, it’s important to consider how the tax rates compare in TN and CA. The 2019 State Marginal Individual Income Tax Rates are as follows: California has a top marginal rate of 13.3% (the highest in the nation) while Tennessee has 0 state income tax. This is a huge perk of living here and one of the reasons Tennessee is attracting so many new residents and businesses relocating from other states.

You Won’t Miss the Water

As a Californian, you’re used to the 840 miles of coastline that the state offers. The thought of moving to a landlocked state may concern you if you’re a big water-lover.

But hey, there’s no need to be concerned! Tennessee is home to three major rivers (the Mississippi, the Tennessee and the Cumberland) with hundreds of miles of navigable waterways. There are also over 1,300 lakes and reservoirs, so you can participate in many different water recreation activities, from white water rafting to swimming and from boating to bass fishing. With so much water all around, you won’t miss the ocean too much.

There’s plenty of nature to enjoy throughout the state. In addition to all the water, you also have the Great Smoky Mountains to the east – perfect for all kinds of recreation including camping, hunting, and hiking.

The Weather is Usually Great

Speaking of water, Tennessee has an average of 53 inches of rain each year, more than double the average in California! If you’re not a fan of the droughts in California, this is another great reason to move.

California is known for its nice weather year-round, but Tennessee weather won’t be too hard to adjust to. The climate in Tennessee is still very temperate, with warm summers and mild winters.

You Can Still Enjoy City Life

You don’t have to leave city life behind when you move to Tennessee. Although there are a few large cities to choose from, Nashville is one of the most popular. Nashville is the country music capital of the world and offers plenty of excitement for everyone in the family, with lots of restaurants, shopping, museums, history, and concerts. Even leaving San Francisco and Los Angeles behind, you’ll still find plenty of excitement in Nashville, Memphis and more.

There Are Fewer People

A lot of California can seem very hectic and crowded, especially in the larger cities. If you’re not a fan of the hustle and bustle and want to live somewhere with a slower pace better quality of life and more open space, Tennessee just might be the right option for you.

Because the population density is much lower in Tennessee, there is far less traffic as well although it has been steadily increasing with our mass influx of new residents. Los Angeles is known for traffic that you can be stuck in for hours each day. Luckily, the traffic in Tennessee is not nearly as bad and you will likely find that your daily commute is drastically shorter.

All in all, Tennessee is a great place to live, whether you’re young and single, raising a family, or retiring. Because of all the benefits mentioned above, it should certainly be a state you consider moving to. Need assistance in relocating here? Allow me as your local Real Estate Expert  to help you make your move as smooth as possible! 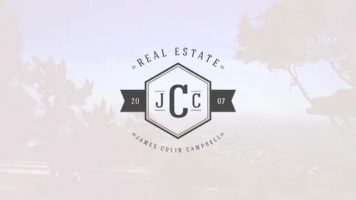 I have been a licensed real estate agent in Los Angeles  California for 10 years now. Tennessee came on the map for me when our local Toyota plant in Redondo beach announced its closing in 2014 and relocated to Tennessee in 2017.
Large cities like San Francisco, New York, and Los Angeles have quite a high cost of living (I’d estimate 75K gross income to break even- and about $250K- LINK
to have a ‘normal life’ in Los Angeles and even more than for San Fran and NY, and the public school system can be quite difficult to navigate – unless you are in a $2M plus home neighborhood by middle school- it can be quite challenging to find good public schools so many parents are forced to go to private religious schools at 15K a year tuition or private schools at 40K per year tuition from Middle School through HIghschool which is basically like paying 6 more years of college tuition.
I have had more and more LA clients relocating or investing in Tennessee in recent years as the real estate prices and rents in Los Angeles have increased. Entry-level pricing in Los Angeles is currently about 850K and the average rent for a 2 bedroom in the city is $3,600/mo! This makes moving to Tennessee From California very attractive.
I think people are looking for a better work-life balance. I have become accustomed to the 6 day a week work schedule, but I know for a lot of people after doing that for four to five years, they start to wonder what for? Especially when they start having families.
I have referred several relocation clients to Elizabeth Leanza with Iselltnhomes and she has always done a great job guiding my Los Angeles clients to their perfect TN home or investment. The real estate prices are so high in LA, some people invest in Tennessee while they rent in Los Angeles- you can get a nice rental in TN for 200K-300K for older builds or 400K to 500K for new builds that cash flow positive from day one.
One thing I am very bullish on is TN appreciation, with all the new jobs and people moving to the state, appreciation has been very strong. It’s one of a handful of places in the US where you can get both Cash flow and Appreciation. I also like the 4 seasons, as I grew up in the Midwest and that is something I miss living in LA.